My favorite lid for standard mouth Klean Kanteen bottles is the Topoko Straw Lid B. It’s a simple flip-top straw lid. The only thing that makes it special is that the mouthpiece is covered when closed. It seems like a common sense concept, but so many sport lids have no provision for some sort of mud guard. 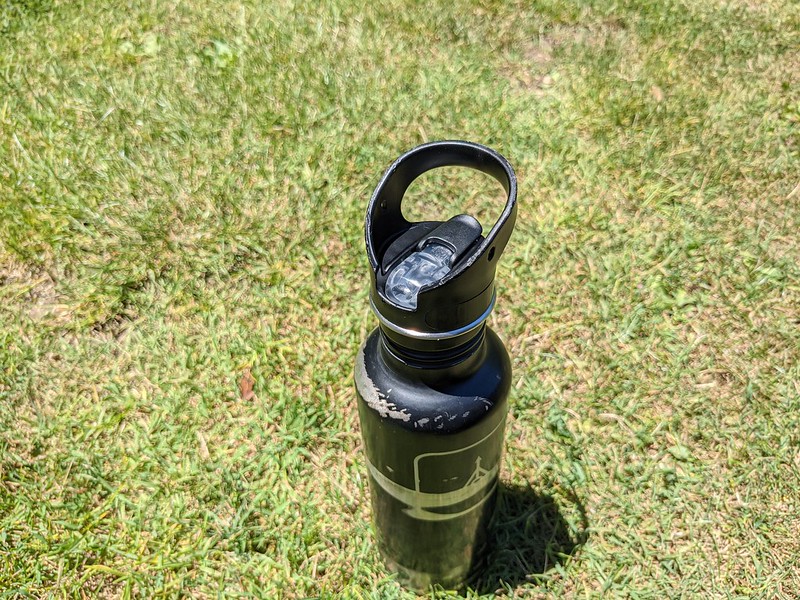 Other than that, there’s not much to say about the lid. It is completely leak-proof when closed. It is easy to operate one handed. It comes with two straws that can be cut to length. One is stiff and the other is bendy. I’ve found no functional difference between the two.

I have these lids installed on both the bottles I use on a daily basis – the 27 oz that I carry on my bike, and the 40 oz I use at home.

I did break one of the lids by accidentally dropping the bottle from about 4 feet onto concrete. It broke where the carry loop connects to the base. The lid still sealed and functioned properly. I only use the loop for pulling the bottle out of a cage or pouch, but I still purchased a replacement (and another spare) immediately.

The new lids I received were slightly different from the old ones. The bit that covers the mouthpiece is clear instead of black, and the edge of it is flush with the edge of the lid. On the old model, the black cover was a couple millimeters proud of the edge of the lid, which provided more purchase when grabbing the piece to flip it open. The older design seems superior, but I haven’t actually noticed a practical disadvantage with the new one. I can still easily and reliably flip the lid open, even with a gloved finger. (That is, however, with light gloves – the older design may have more of an advantage with heavy winter gloves.) 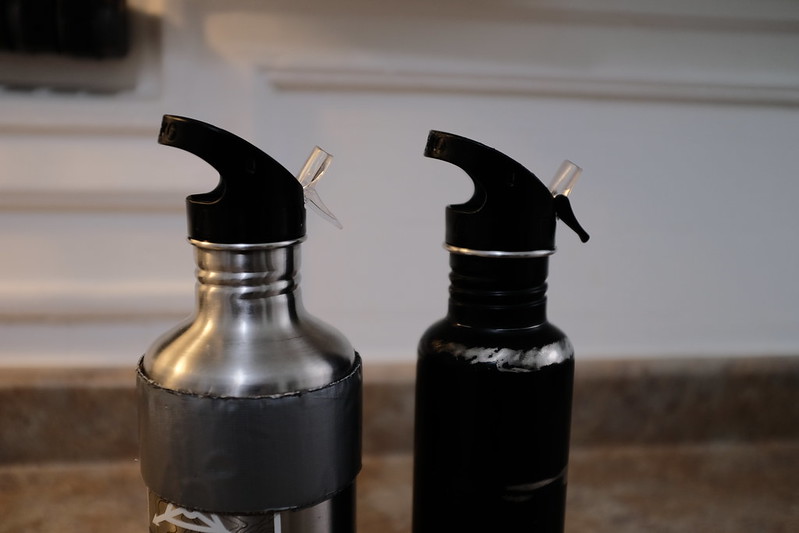 I’ve only used the lids on Klean Kanteen bottles. I use these bottles for water. I don’t know if there are any special considerations that would make the lids less than ideal for hot beverages.

I’ve used every iteration of Klean Kanteen’s Sport Cap since I bought my first bottle from them in 2005. They’ve all left something to be desired. The Topoko lid is a superior solution.