I first began to use the Schwalbe Marathon Supremes six years ago. Since then I have tried a few other tires, but within a couple months I invariably end up coming back to the Marathon Supremes. They ride well, only get maybe one or two flats per year, and I appreciate the visibility of the reflective sidewall. I tend to replace them after somewhere around a year of use – I think the set I removed today were in service for 15 months. I don’t track miles, so I don’t know what sort of distance the tires get me, but it’s up there. They aren’t cheap, but they’re worth it for the contribution they make to my everyday mobility. 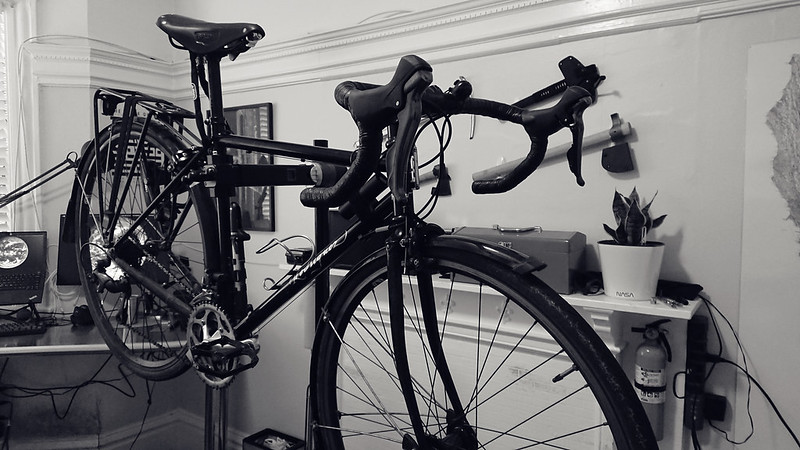