I use two Fenix LD20 lights mounted to my handlebars via Twofish Lockblocks as headlights. An old TAD-branded JETBeam Jet 1 MkII is mounted on my helmet. As a result, whenever I have my bike – which is the majority of the time – I have a light. When I’m not around my bike, I tend to be left in the dark. I do carry a Photon Freedom Micro on my keychain, which is a great little device, but no replacement for a hand-held torch. A more substantial light has not been part of my on-body EDC for a few years.

Last month I decided to change that. I wanted to find a small, unobtrusive LED light that I could carry in a pocket. My JETBeam helmet light is powered by a single AA battery. While the height on that light is about right, I felt the diameter was too large for what I had in mind. I decided to look for a light powered by a single AAA. Two options presented themselves: the Maratac AAA Rev 2 and the Foursevens Preon P1. They both have similar specifications and both seem to earn equally positive reviews. The Maratac light is less expensive and features a knurled body, as opposed to the Preon P1’s smooth body, which made me initially favor the Maratac. Unfortunately, both lights are twist-activated. One of my requirements for any light is that it can be activated with one hand. That necessitates a clicky tailcap.

A review of the Preon P1 on ITS presented a solution. The Preon P1 is compatible with pieces from the Preon P2, which is a double-AAA flashlight that does have a clicky tailcap. I could purchase a replacement Preon clicky tailcap and install that on a Preon P1 to get the light I wanted. The Preon P1 and the tailcap cost $45. That’s a lot for a small light, and quite a bit more than the $25 price of the Maratac light, but it would make for a system that fit my requirements. I chose to purchase the Preon. 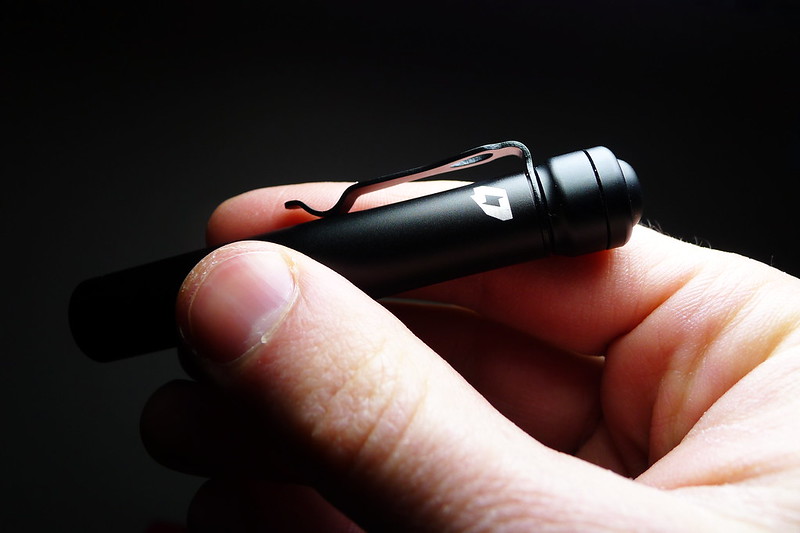 I have been carrying the Preon P1 for a couple weeks now. At a height of about 3 inches and a diameter just over half an inch, I can clip it in my pocket and completely forget that it is there until I need it, which is exactly what I was looking for. All the various modes of the light can be cycled through by clicking the tailcap, although I don’t particularly care about them – I only use the light with its standard output setting.

The clicky tailcap could be improved. I’m accustomed to tailcaps being inset into the light slightly. The Preon tailcap juts out from the top of the body of the light, which I think increases the chances of it accidentally being clicked on and draining the battery. It also has an amount of free movement in it. The button can be depressed about halfway before it actually hits the clicky part of the mechanism, which makes the button feel a bit loose. I don’t know that this affects the functionality of the tailcap, but it does make it feel cheaper. 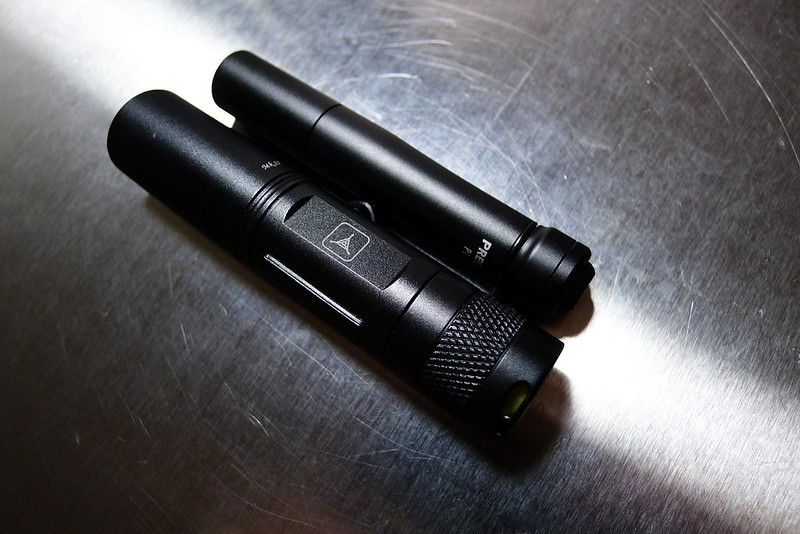 Despite the less-than-perfect tailcap, I’m happy with the light. The runtime isn’t incredible, but that’s acceptable for my use. I intend to use the light only as a backup to those on my bike. When the battery does die, I just throw it in the charger and install another Eneloop. If you’re looking for a small EDC light, the Preon P1 is worth consideration.