I go through batteries at a fairly high rate. Electronic devices for the wilderness, such as my headlamp and GPS, see regular use. At home, things like my wireless mouse need power. The biggest drain are my lights – particular in the winter, when they are used to light my regular commute.

This last spring I decided to invest in a set of rechargeable batteries. Although some of my devices run on CR123 batteries, most use AA or AAAs. To start with, I was concerned only with being able to recharge the AA and AAA batteries. Years ago I had a set of rechargeable batteries, but I think the technology was not very developed back then. They seemed to drain quickly and not hold many charges. Today, the market is different. Some brief research showed that there were many options out there, with positive reviews for most of them.

What most reviews seemed to suggest was that the majority of the offerings were all of equal quality, with most differences unlikely to be noticed outside of a laboratory. The most popular, though, seemed to be the Sanyo Eneloop and Maha Powerex batteries. I found some claims that, between the two, the Eneloops held a charge longer while on the shelf.

I decided to try the Eneloop batteries, and purchased a package that included a charger, 8 AAs and 4 AAAs. The charger can charge up to four batteries at once, either AAA or AA, but it must be done in pairs. It cannot charge one battery at a time, or three. This has turned out to be an occasional inconvenience. I have some devices that use three batteries, and some that need just one. To charge the batteries for those devices I always have to give the charger an extra battery. 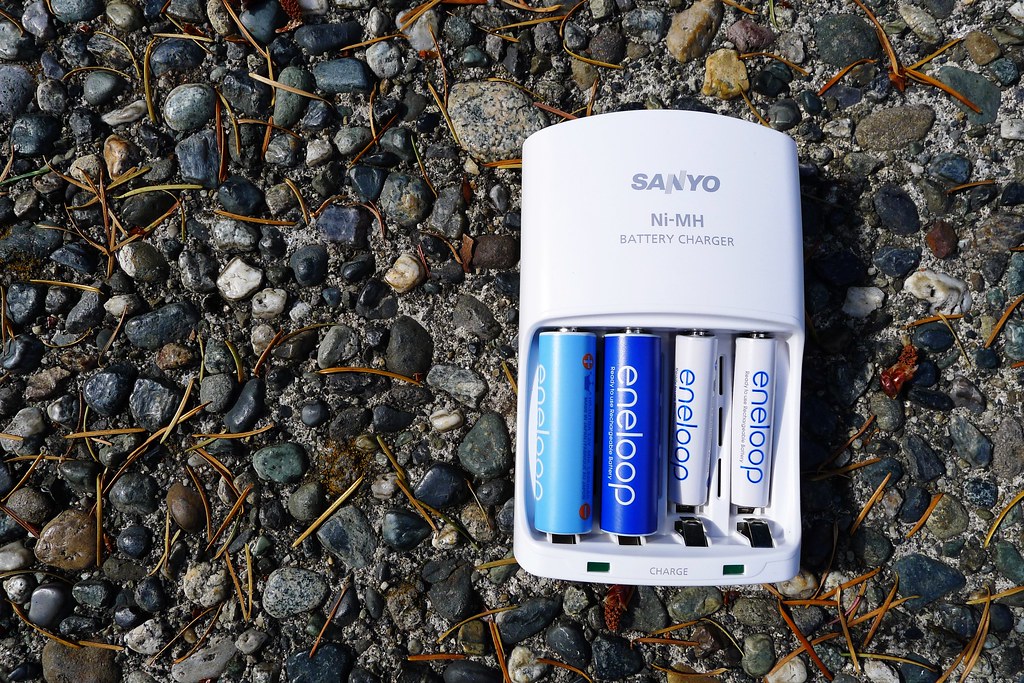 The charger takes around five hours to bring a dead battery up to a full charge. I have read that the Maha Powerex MH-C9000 charger can charge the batteries in a shorter period of time. It also gives the user more control over the charge, which has the potential of increasing the life of the batteries.

The batteries themselves I have been very happy with. I don’t have the knowledge to provide any objective information on their chemistry or electronics. Suffice it to say that they work. They seem to last longer in the same devices than their non-rechargeable counterparts did. I have not noticed any degradation in those batteries that I have recharged. That is not surprising. Sanyo claims the Eneloop batteries can be recharged 1,500 times – a number I have not come anywhere near to approaching. 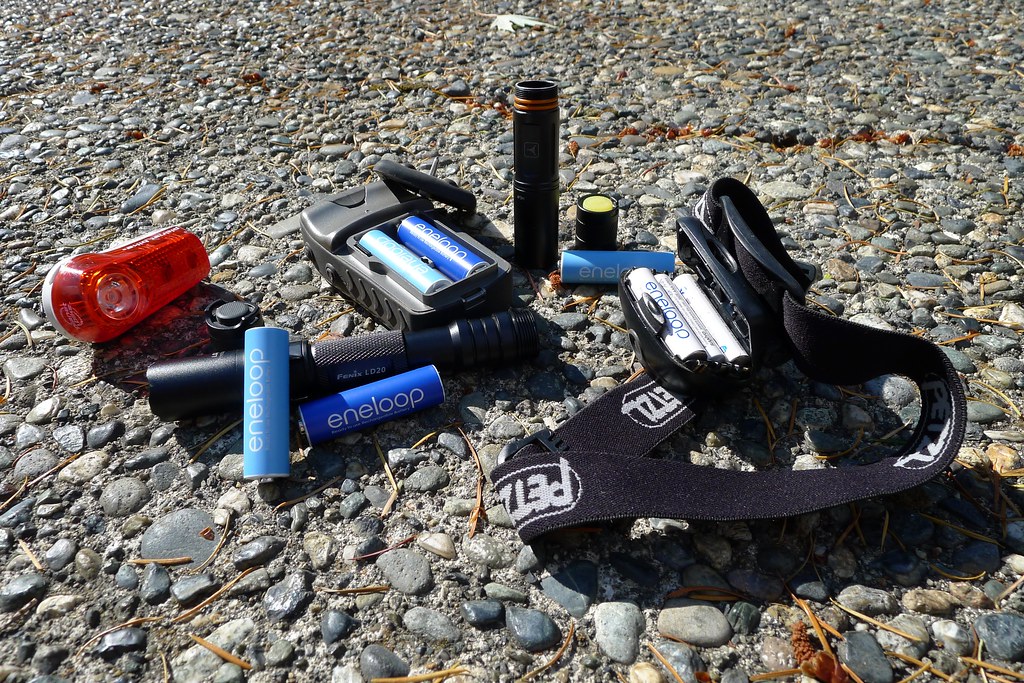 Since the initial purchase, I have bought two more packs of AA and AAA Eneloops. All of my electronics now run on rechargeable batteries, save for those few that require CR123 batteries. The batteries themselves are an expensive investment, but they have payed off. Now that I have a good number of both AA and AAA sizes, and am happy with the Eneloop brand, I would like to purchase a more specialized charger, such as the aforementioned C9000.

If you use any non-rechargeable AA or AAA batteries in your electronics, I recommend giving Eneloops a try. The financial savings alone is enough of a benefit to justify their use.