I’ve used the Raven Concealment Systems Pocket Shield on and off since 2014. In the past I would outfit it only in specific environments where showing a pocket clip would be inappropriate, such as night clubs and weddings. Towards the end of 2019 I decided I wanted to try never showing a pocket clip, which meant incorporating the Pocket Shield into my everyday carry. For the past few months I have been happy with a setup utilizing two different Blue Force Gear pouches: the Single Pistol Mag Belt Pouch and the Ten-Speed Single Pistol Mag Pouch. 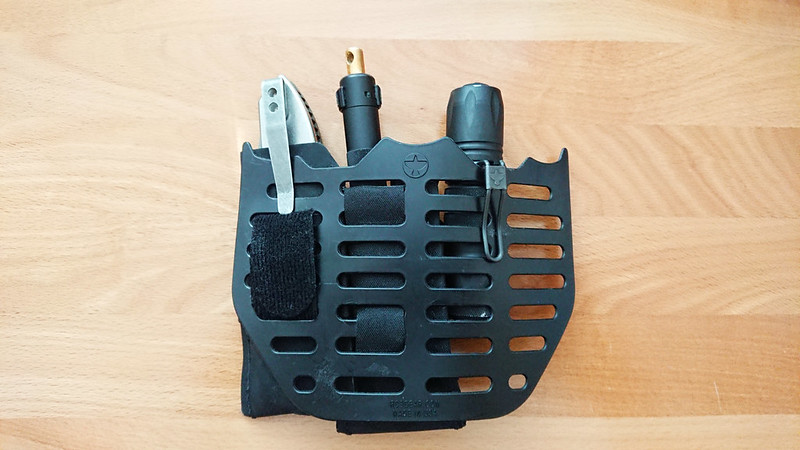 The former pouch has a Velcro strap on the back, intended to be attached to a belt. The latter has Blue Force’s MOLLE strap on the back for attaching to any PALS grid. The pouches have other minor differences, but the attachment method is the only difference that matters. Both work equally well on the Pocket Shield.

I use the Ten-Speed pouch to hold my ASP Key Defender OC (which I carry in addition to my pack mounted OC) and a Fisher 400B Bullet Space Pen (loaded with a fine cartridge and, obviously, a clip because pens without clips are dumb). 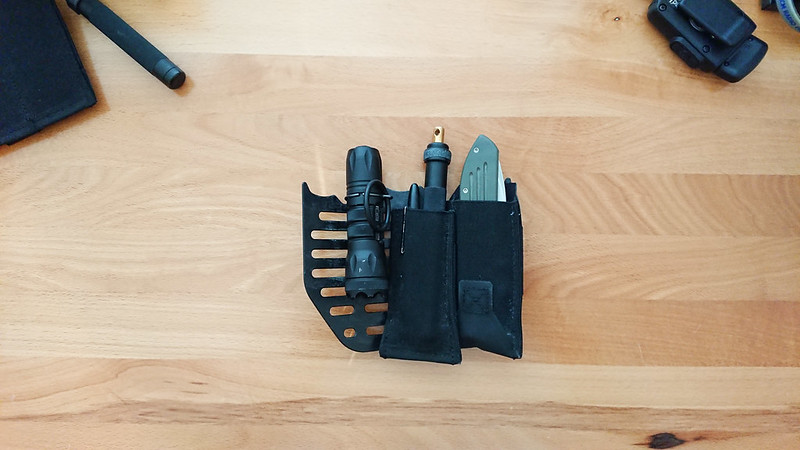 The belt pouch is used to secure my Triple Aught Design Dauntless MK3. When attaching the belt pouch, I roll over the top of the lower Velcro loop, which causes the Velcro to stick out a bit from the Pocket Shield instead of sitting flush. This acts as a stop for the knife’s pocket clip, preventing the knife from sitting all the way into the pouch. Increasing the ride height of the knife makes it much easier to deploy than it would be if it were completely inserted. The pouch keeps the knife from wandering around, which it is wont to do when just clipped directly over the top edge of the Pocket Shield. 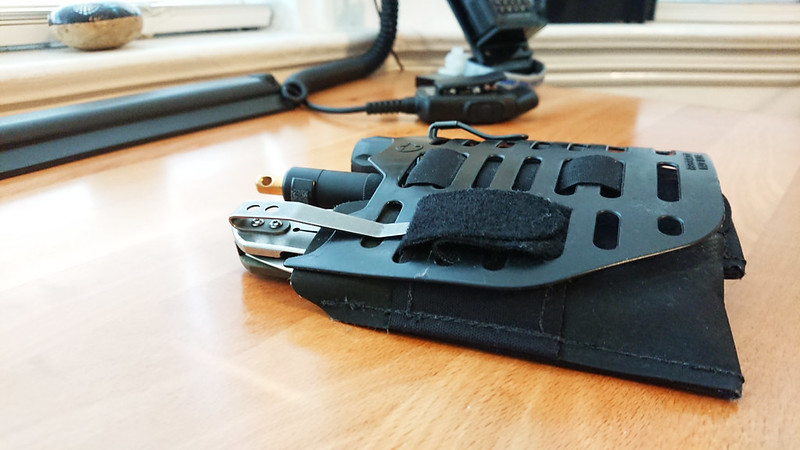 Lately I’ve also been keeping my Elzetta Alpha on the Pocket Shield, but I’m not entirely convinced that I like it there.