As a cyclist in San Francisco, one of the great challenges in life is how to carry all the burritos you’ll consume. The quality of a burrito as a fuel source is directly correlated to its slopiness. If placed directly into a backpack, it will inevitably leak through the imperfect foil wrapping and soil neighboring equipment.

To solve this problem I revisited my DIY Tyvek Stuff Sacks from years past and created the Burrito Bag. The burrito is placed into the Burrito Bag for transport, containing any mess, which is later easily rinsed out. 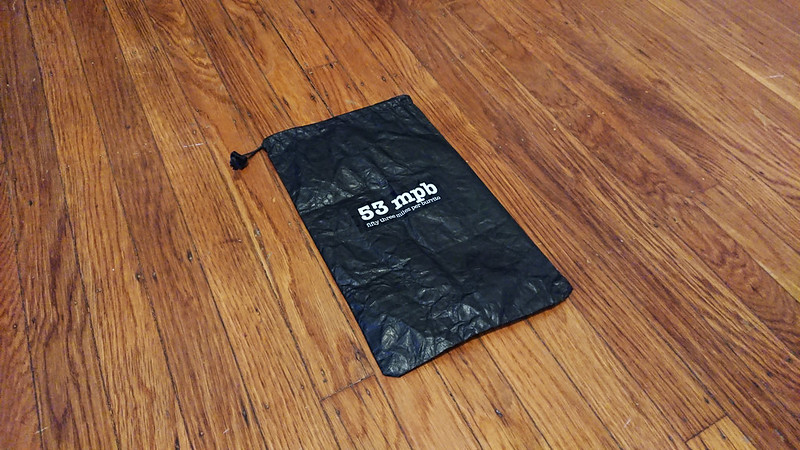 The Burrito Bag is constructed from black Tyvek I had from another project, rather than a USPS Priority Mail envelope. I cut out a piece 13” x 16”, folded it in half and used the awl from my Expedition Sewing Kit to close the bottom, side, and create a channel for a piece of Technora (because it’s cool) and cordlock to use as a cinch cord.

The Burrito Bag is strategically engineered to contain dual burritos, or a single burrito with a generous side of chips. Actually it was patterned off of one of my original Tyvek stuff sacks, which I still use to contain my Trail Designs Ti-Tri cook system. It seemed like the right size for this application.

The Burrito Bag weighs in at 8 grams (0.3 oz), and when not in use folds down to a size smaller than that of the napkin you forgot to grab on your way out of the taqueria.

The Burrito Bag is multipurpose. Despite its name, it is also capable of holding a shawarma wrap from the neighborhood Lebanese joint. I even once used it to takeaway a sushi roll. 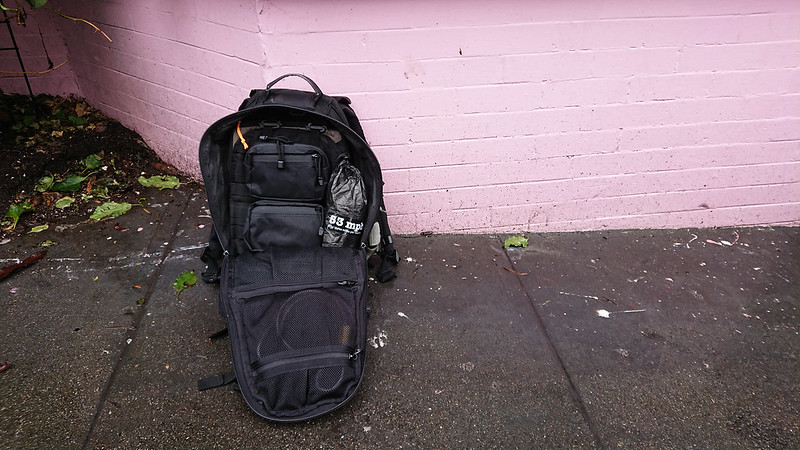