The ESEE Candiru is another nice knife that suffers from a terrible sheath.

In fact, it is a great little knife. Unfortunately the only sheath that the Candiru comes with is a simple Cordura pouch. I threw this away immediately upon receiving the knife and replaced it with a horizontal belt sheath from Dark Star Gear. The Dark Star Gear sheath first came to my attention on pistol-forum.com. At the time I hadn’t purchased the Candriu, but horizontal carry of a small fixed blade at about 11:00 on the belt impressed me as a great idea. I knew I wanted to give it a shot. 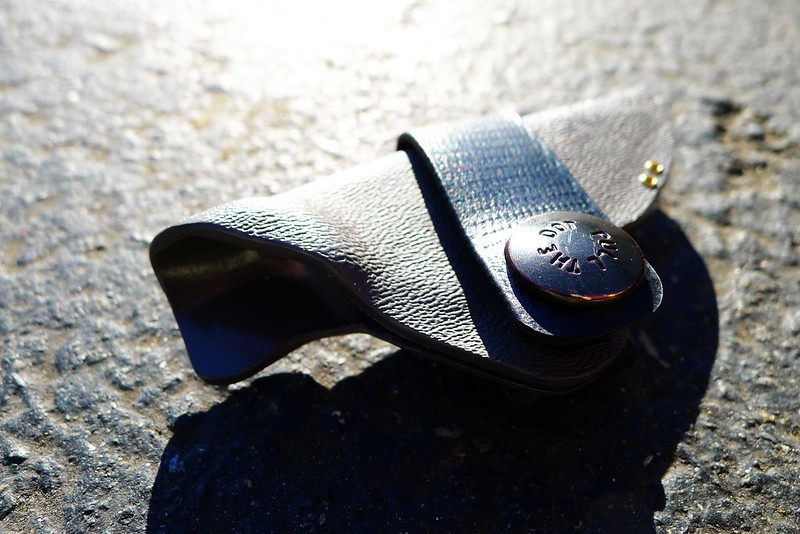 I considered ordering the sheath for my Izula, which is the knife I usually carry when I want a fixed blade, but I was concerned that it would be a little too big to conceal horizontally on my waist1. Instead I decided to purchase the ESEE Candiru, which Brian Green had raved about last year, just for this carry method. (I actually ordered the sheath before I ordered the knife.)

I’m extremely pleased with both purchases. The Candiru is not quite as general-purpose as the larger Izula, but it performs all the functions that I require of an urban EDC blade, and provides yet another option for an EDC fixed blade. This is something that I have come to prefer over a folder since I purchased the Izula about 4 years ago. The Dark Star Gear sheath allows me to carry it comfortable and conceal it with nothing more than a t-shirt, while still providing for a quick draw. The sheath has also exposed me to the idea of carrying at 11:00, which is a very nice piece of real-estate on the belt that I have previously overlooked. 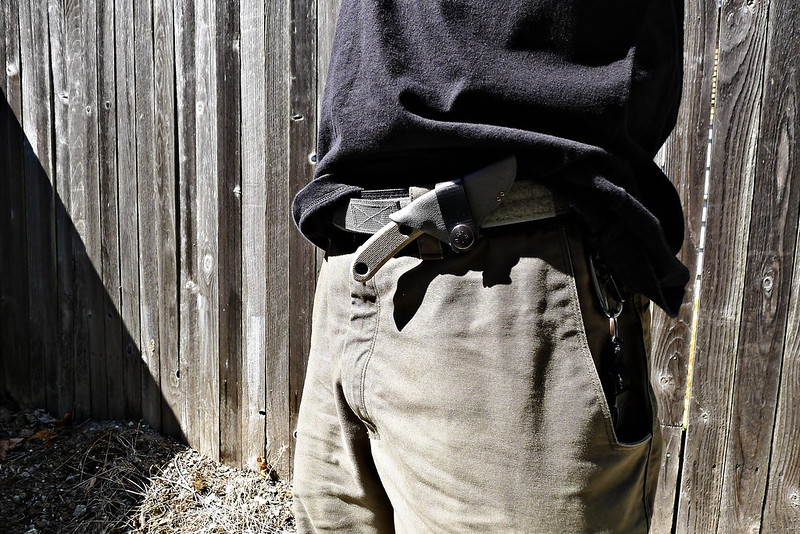 I have carried the Candiru in the Dark Star Gear sheath as my primary knife for about 2 months now. Up until a few days ago the Candiru’s handle had been cord wrapped2. I just recently purchased and installed the optional Micarta slabs. The Candiru does suffer from a small handle – a necessary evil for a knife this size. It can use all the extra bulk it can get. My initial impressions of the Micarta slabs are that they greatly improve the feel of the knife in the hand without any negative impact on the ability to easily conceal the knife in the Dark Star Gear sheath.

For a second carry option I also purchased a Kydex neck sheath for the Candiru. This is the sheath that the Candiru should ship with. The size of the knife makes it a great option for those who find the Izula a bit too large for comfortable carry around the neck3, but still want something a bit more functional than a tiny CRKT RSK Mk5 or Nemesis Hellion. I carry the knife around my neck when I run, since for that activity I’m not usually wearing a belt appropriate for the Dark Star Gear sheath. Adding the Micarta slabs does make the Candiru a bit heavier and bulkier around the neck. If you intend to use the Candiru primarily as a neck knife, I would stick with a cord wrap on the handles. 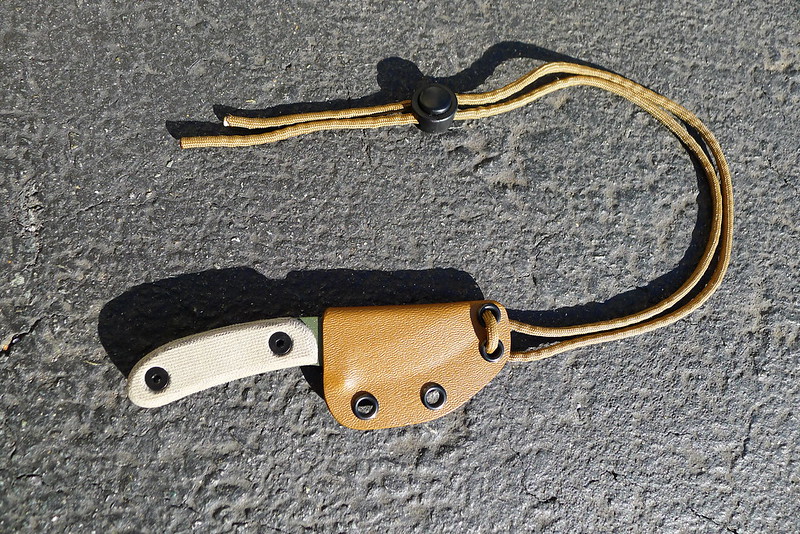