You are currently viewing all posts tagged with books.

Last year I read How Not to Die by Dr. Michael Greger on the recommendation of Hundred Rabbits.

The book is divided into two parts. The first part addresses common killers and how they can be mitigated, prevented or reversed through nutrition. The second part of the book covers specific food groups and gives guidelines for their regular consumption.

The book is meticulously researched, with every claim backed up by real, peer-reviewed science. When reading it, it felt like every other sentence had a citation. It’s unlikely that the average reader could actually go through each of the cited studies to confirm that the conclusions presented in the book are an accurate representation of the paper, or if they’ve been skewed to better fit Dr. Greger’s message.

The book grew out of NutritionFacts.org, a non-profit organization started by Dr. Greger with the goal of reading and understanding as much of the published science on nutrition and health as possible, and presenting the results as dietary guidelines actionable for normal people. (Unfortunately the website focuses primarily on video dissemination, which for me is an ineffective means of information transmission. I prefer plain text. Hence the book.)

Dr. Greger is largely opposed to consuming meat. He eschews terms like “vegetarianism”, instead preferring to advocate for what he calls an evidence-based diet centered on whole-food, plant based nutrition. I like to consume flesh, do not intend to stop, and think the consumption of it does provide important nutritional value (a point on which the doctor does acquiesce). Many of his warnings about flesh eating are less about the nutritional value of the meat itself and more about the cleanliness of the production and preparation environment. However, if you can look past the anti-meat tendencies and the possible biases in which type of research is reported on, there is still a lot of very good data in the book. It’s one of the best owner’s manuals for the body that I have read.

I don’t remember how I first heard about The Art of Shen Ku, but it’s a book that has managed to survive every purge of my dead tree library since I bought it seventeen years ago.

Selling itself as “The First Intergalactic Artform of the Entire Universe”, Shen Ku is a difficult thing to describe. I suppose that in a bookstore you might find it in the “Self Help” section, which is unfortunate. The book jumps between topics such as travel, navigation, diet, fitness, and knots, all colored with a healthy dose of vaguely Asian cultural appropriation and new-agey fluff. Prior to mobile networked computing becoming widespread, I thought of the book as being the closest thing available to The Hitchhiker’s Guide to the Galaxy. Flipping through it today, it is clear that the book has informed and directed a lot of my interests in life. There are sections of the book that I’ve always ignored as irrelevant or not applicable to my reality, but on the whole the signal-to-noise ratio of the book is high. The author, Steve “Zeke” Dolby, is also an illustrator, and fills the pages with cartoon illustrations that are both entertaining and descriptive.

Despite its focus on travel, the large form factor of the book makes it impractical to actually carry around. When I discovered book scanning services a few years ago, Shen Ku was one of the first books I had scanned. After receiving the OCRed PDF I told myself I would get rid of my original paper copy, but have so far failed to do so. Shen Ku is the kind of book that lends itself to being pulled out and opened to a random page, with no expectation beyond education and entertainment. Unfortunately e-books don’t satisfy that experience.

Back when I was maybe 14 years old I had exhausted everything William Gibson had published, but I read an interview someplace where he cited William Burroughs as one of his literary influences. So I started reading Burroughs, which then of course led to Kerouac, Ginsberg, et al. From the Beats it was a logical progression to read books by Tim Leary and his crowd, progress on down the timeline to Terrence McKenna, and then come full circle from there back to cyberpunk via Douglas Rushkoff. Anyway, my Burroughs takeaway was: avoid opioids.

The library is open to the public. You want the Lange Room at the back of the fifth floor. The Lange Room has half a dozen or so comfortable leather chairs, and large windows looking north across Golden Gate Park and the Presidio to the spires of the Golden Gate Bridge. If it was clear, you’d see the Marin Headlands, but if it was clear you’d be reading outside. The room is almost always empty.

It provides all the ingredients necessary for taking full advantage of a rainy day: a comfortable chair, plentiful natural light, good views, a book, and an environment that discourages human interaction.

But otherwise I agree with the sentiment expressed by Al-Mutanabbi (translated by Gertrude Bell):

The finest place in the world is the back of a swift horse,

And the best of good companions is a book. 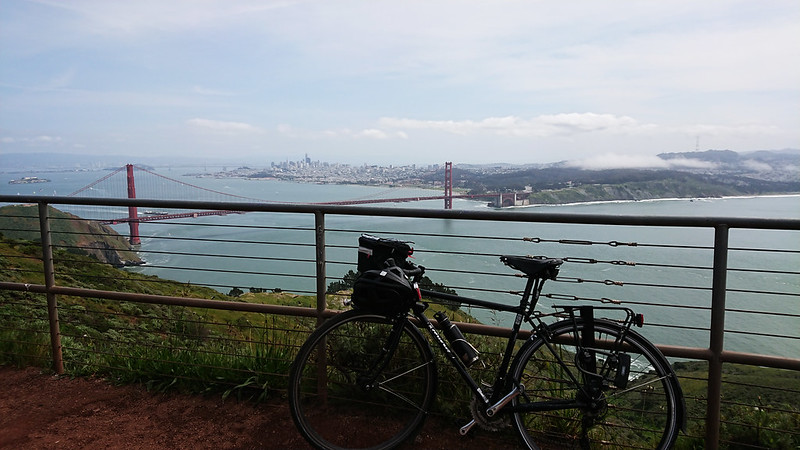 After John Boyd revolutionized aerial combat and aeronautical engineering with his Energy-Manuverability Theory he embarked on a study of the nature of creativity. Boyd’s goal was to understand why he, a curious fighter pilot, was the first to discover E-M Theory. The result was Destruction and Creation. As one of the only pieces of writing Boyd ever published, it provides insight into his mind and offers hints of Boyd’s later work – both his best known (the OODA Loop) and his most important (Patterns of Conflict).

Destruction and Creation is freely available as a PDF, which is useful for printing but not for reading or manipulating. It is included as an appendix in Robert Coram’s Boyd biography, which is available in digital format, but is poorly formatted. I converted the article into Markdown-flavored plain text, with a BibTeX bibliography, suitable for processing via Pandoc. It is available on GitHub.

Trying to inject advertising into the reading experience is sick and sacrilegious. A privacy sticker from N-O-D-E covers the logo on the back of my Kindle, while a piece of tape sanitizes the front. Between this and my offline, DRM-free method of using the device, I enjoy the Kindle without the corporate mindshare. 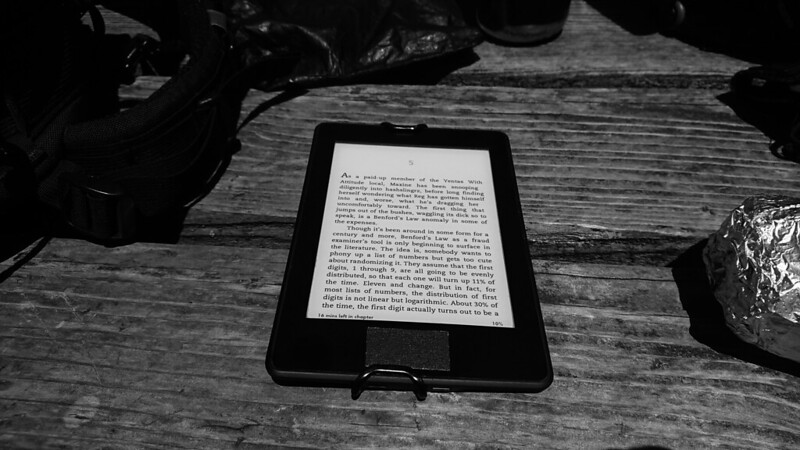 I bought the TFY Security Hand Strap for my Kindle Paperwhite 18 months ago. It makes holding the e-reader for long periods of time much more pleasant – especially when reading in bed and holding the device up above my head. No pinch grip required. It doesn’t add noticeable bulk or weight to the Kindle, and I can ignore it completely when I’m not using it. Originally I went looking for some kind of case with a cover that could be folded into a more ergonomic shape to hold, but when this strap appeared in my search results I realized it was a simpler solution to the problem. The strap could probably be made with a wire hanger and some elastic webbing. 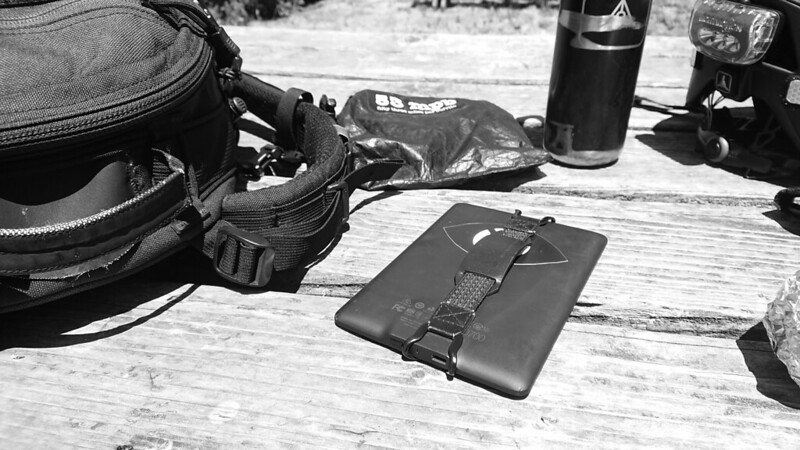