The Sawyer Squeeze water filter can attach directly to the threading on common disposable bottles. For other bottles you can aim the output freehand, or attach half of a Sawyer Hydration In-Line Adapter to a piece of hose and let that drip into your bottle. I prefer a closed system, both so that no debris fall into my reservoir while it is being filled, and so that if the reservoir is accidentally knocked over I don’t lose all the clean water. There are a number of adapters that can aid in this.

Previously I mentioned my hacked together solution for attaching a Sawyer filter to an MSR Dromlite bag. The Dromlite lid is 63mm in diameter and uses the same threading that is present on the majority of wide mouthed bottles, so I can use this adapter to attach the Sawyer Squeeze directly to a wide array of bottles: Nalgene wide mouth, Klean Kanteen wide mouth, Hydro Flask wide mouth, CamelBak Podium, and reservoirs like the HydraPak Expedition or bladders like the Source WXP. 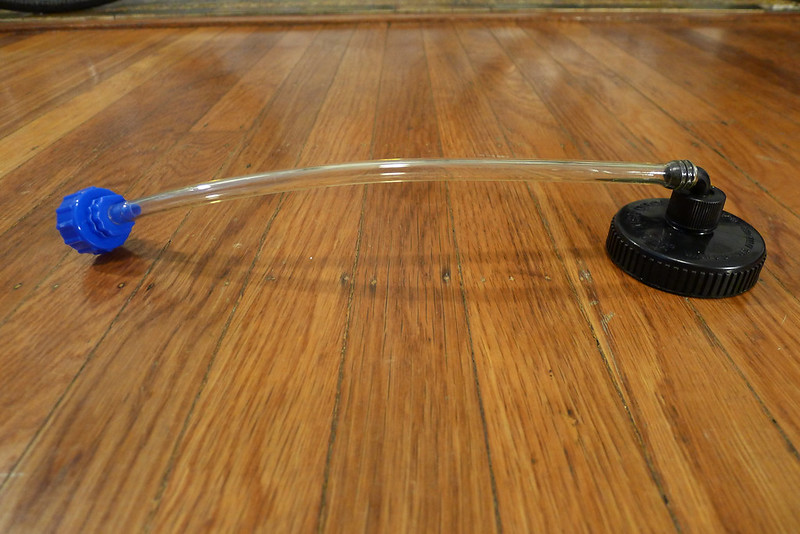 Last autumn I bought a Platypus GravityWorks Universal Bottle Adapter. This consists of an inner lid with nipple, and outer lid ring, and a protective cover for the clean side of the lids. To integrate this adapter with the Sawyer Squeeze, I cut a short length of hose. One end I shoved over the nipple of the GravityWorks Universal Bottle Adapter. The other end I attached to one part of another Sawyer Hydration In-Line Adapter. 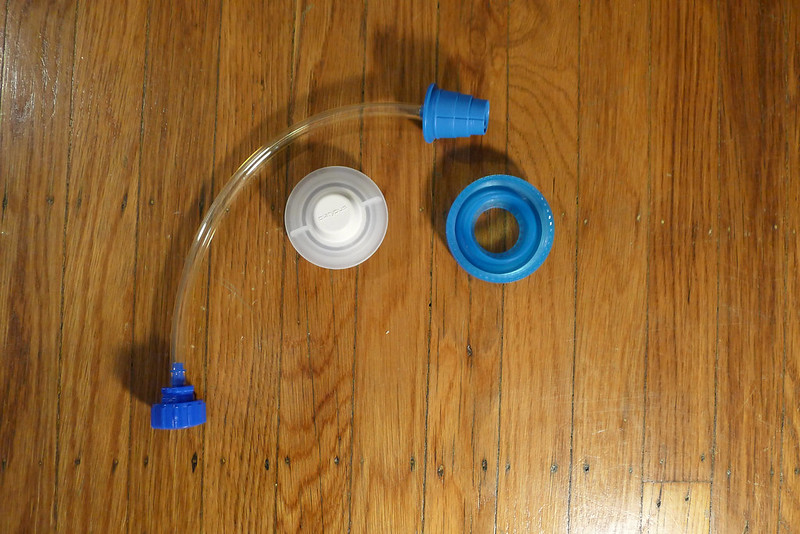 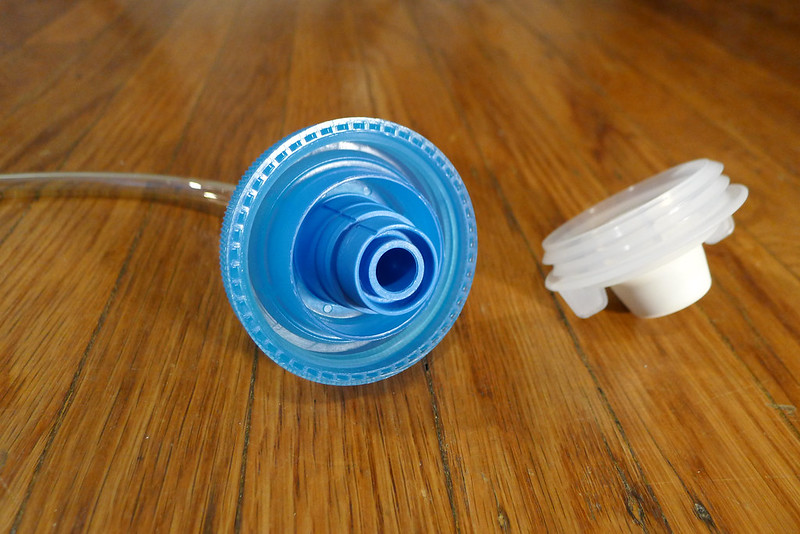 The inner lid of the GravityWorks adapter is tapered so that it can fit into a range of narrow mouth bottles. The Sawyer Squeeze is already threaded to attach directly to common disposable bottles, but this adapter also allows me to get a seal with the Nalgene Oasis canteen, the smaller part of the humangear capCAP, the Hydrapak Stow, Vitaminwater bottles, or Vapur bottles.

When the inner lid is attached to the outer lid ring, the adapter can then attach to the standard 63mm wide mouth bottle threading, giving me all the same capability I have with my modified Dromlite adapter. But the outer lid ring can also attach to bottles with narrower mouths. Specifically, it works great with Klean Kanteen classic bottles, HydraPak Seeker, Nalgene “Wide Mouth” 16oz HDPE (which has a narrower, 53mm “wide mouth”), and with my Zojirushi SM-SA48.

I also have a Jetflow 63mm adapter. This takes the standard 63mm wide mouth bottle threading and steps it down to the narrow threading used by the Sawyer filter and most disposable bottles. You can then attach the filter directly to the bottle lid rather than going through a hose like my other two adapters. 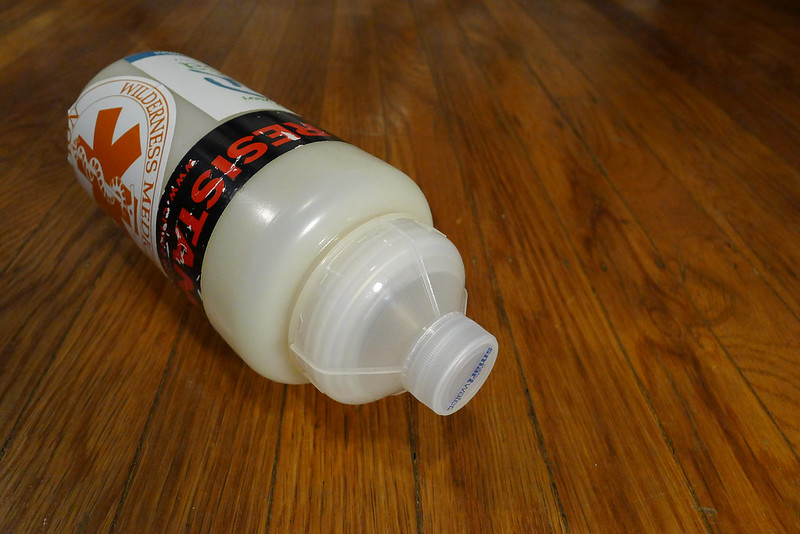