This past Sunday I rode to Mount Tam.

The electrical grid was down throughout Marin county, and for some reason that meant the state had closed some of the roads in the park to motorized traffic. Fortunately my vehicle runs on man-power and works just fine when the power is out. I figured the closure would make the ride more pleasant and I would just slip around any gates.

As I was riding in the general direction of fire I decided it would be prudent to throw a radio in my handlebar bag. From past experience I know that my cell phone reception can be spotty at the best of times in the hills and valleys up there. I assumed that the power outages and strong winds wouldn’t do me any favors. (It turns out I was right.)

After much climbing and much wind I reached Ground Equipment Facility J-33. This abandoned Nike missile site on the West Peak of Tamalpais is a reliable site for radioing. It has been host to a couple Field Days and was the destination of last year’s SOTA trip. And it’s a nice spot to bicycle to. 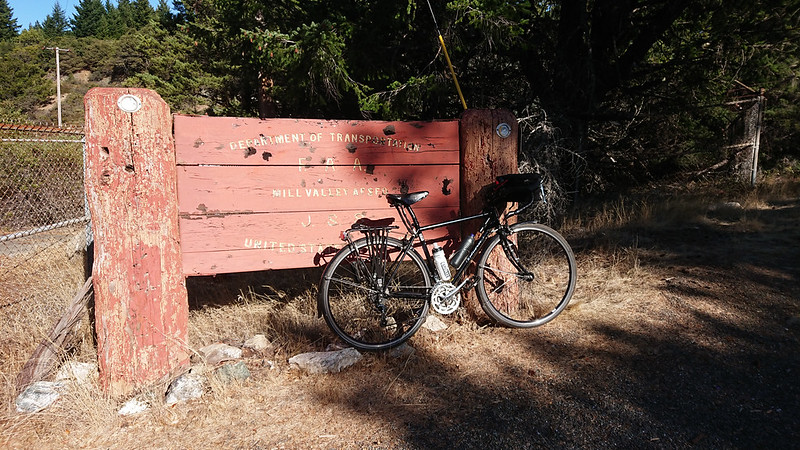 The Marin Amateur Radio Society maintains an excellent network of linked repeaters that I was able to hit immediately upon turning on my radio. Despite the distance, I was also able to reach back into San Francisco. Line of site to Sutro Tower meant I had a clear, strong signal on the San Francisco Radio Club repeater W6PW. I talked to a guy on there who told me that the Marin Radio Amateur Civil Emergency Service had been activated due to the fires. I keep some of the Marin RACES simplex frequencies programmed into my radio, just in case Godzilla walks through the bridge and we have to coordinate across the bay, so I jumped over to those channels to listen for any action. After that I was able to reach out to the East Bay, and listen to the effects of the fires that had just started that day in Contra Costa County. 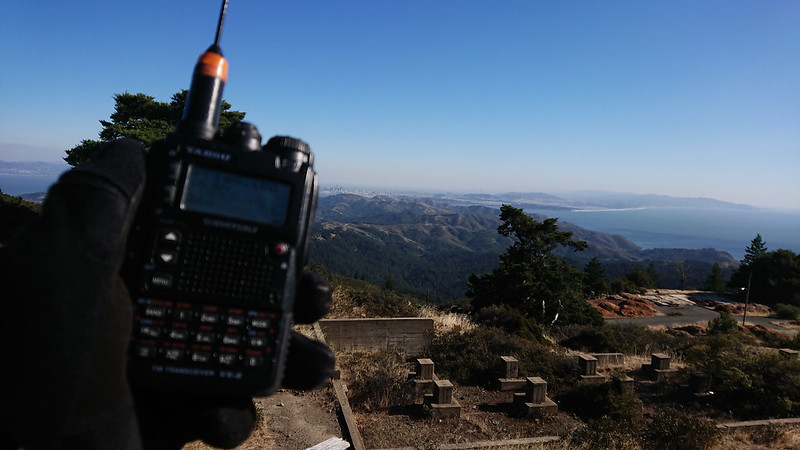 After completing my survey of the airwaves I flew back down to sea level at approximately Mach 3, though I had to stop once for a California Highway Patrol helicopter that decided to use the gated off road as a landing pad.

It’s impressive what you can get done on a little handheld radio with 5 watts and a small antenna, assuming you can get to a good position. A bicycle is a good way to get there.