I purchased one of SnakeDr‘s Advanced Personal Escape Kits (APEK) from OscarDelta on a whim about a year ago. At the time I wasn’t sure if the APEK would be anything more than a novelty, but it quickly proved its utility and has been a part of my EDC ever since. 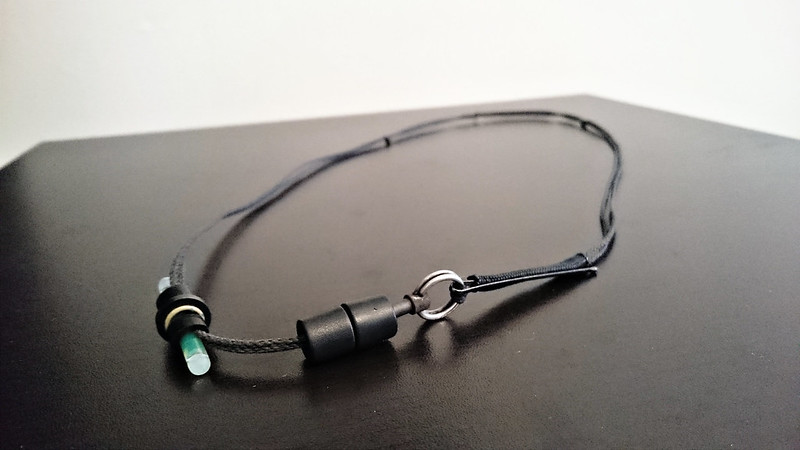 The APEK I purchased was version 2.1. It included a split paw shim, a micro disc striker and a handcuff key key, all on a length of Technora 410 with a breakaway connector. 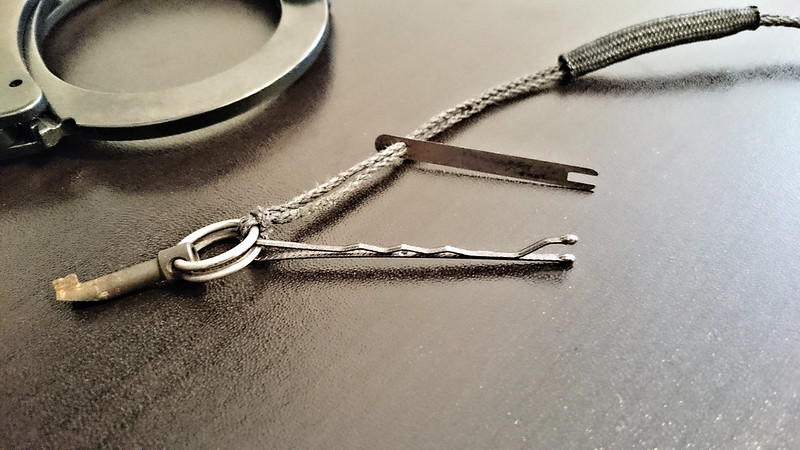 The handcuff key is metal and works on a wide variety of cuffs. I’ve successfully used it on models from Peerless, Chicago, Smith & Wesson, ASP, and no-name Chinese knockoffs. It is connected to a small split ring, which provides a handle to more conveniently manipulate the key. The key is stored in one end of the breakaway connector, which makes it the real breakaway point of the necklace.

The split paw shim is your standard shim, and works everywhere you would expect a shim to work. It is stored underneath a piece of gutted paracord that the Technora has been threaded through.

The Technora itself has knots in it which make for pre-tied foot loops to be used when friction-sawing through restraints like zip-ties or flexicuffs. That simple trick is something I hadn’t thought of before, but I’ve come to greatly appreciate. The act of sawing through restraints tends to be very fast – particularly with a good, strong cord like Technora. What takes time is feeding the cord through the restraints, and then tying the loops for your feet. This does away with one of those time sinks. 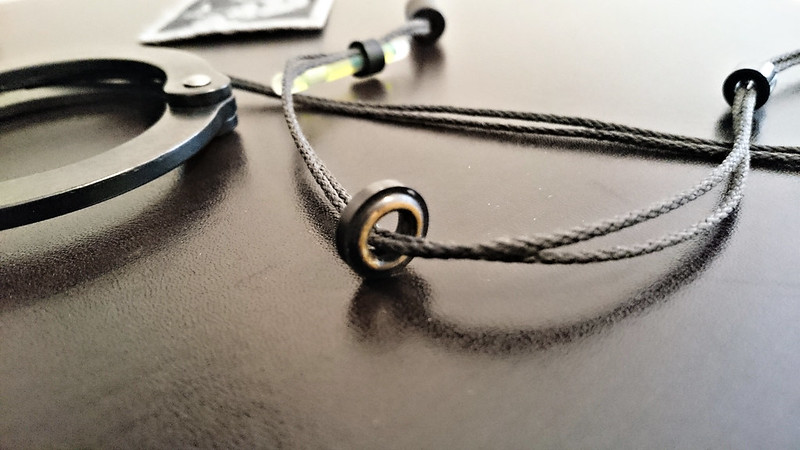 The most unique component of the APEK is the micro disc striker. This is a ceramic disc made from zirconium dioxide. The hardness of the material means that it can be used to scrape a ferro rod, or to break tempered glass. This works on the same principle as broken spark plugs.

In later versions of the APEK, SnakeDr included a small glow stick. When I first saw this I thought it was a silly addition, but, at a Black Box course, Ed convinced me of the utility of a small light source. I now include a glow stick on my APEK. It is held on by 2 silicone retainers, which also keep the micro disc striker in place between them. 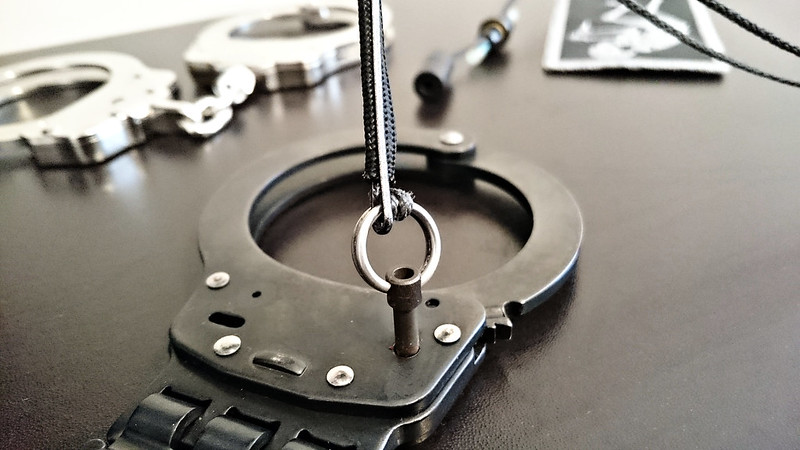 A photo of the most recent iteration of the APEK included a bobby pin. The way the bobby pin was shown stored on the APEK did not appeal to me, but I liked the addition. A bobby pin can be used to pick most handcuffs. More importantly, it can also be used to extend the reach of other tools. Hinged and rigid cuffs are a pain to escape from simply because they make it difficult to reach the keyhole. By putting the bobby pin through the split ring on the handcuff key, I gain another 2 inches of reach. This makes it easy to unlock rigid and hinged cuffs when handcuffed in front, both with the keyhole up (put the end of the bobby pin in your mouth) and with the keyhole down. It also works behind the back with the keyhole facing down, but with the keyhole facing up you’re still out of luck. Shimming or passing the cuffs to the front is the more likely strategy there. (Of course, this all assumes you’ve been cuffed with palms facing inward.)

I store the bobby pin attached to the split ring, with one leg through the same paracord sheath that holds the shim. 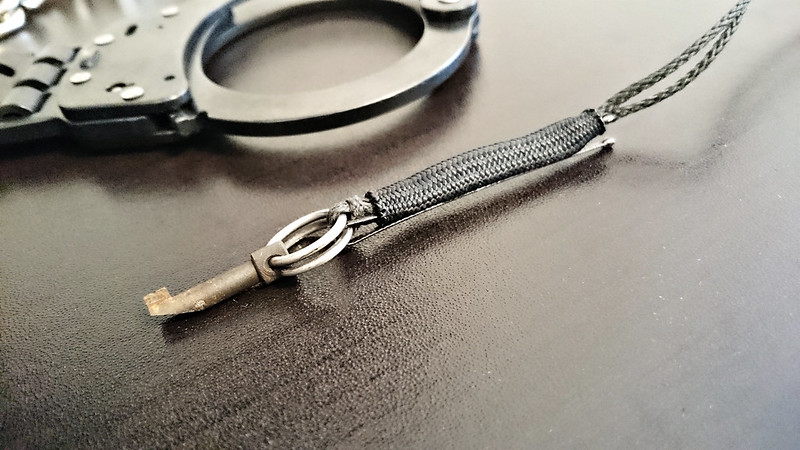 This all makes for a comfortable, compact escape package that can easily be carried everyday. It is carried in a way that is not terribly difficult to find – all of the escape tools included should have duplicates carried elsewhere on your body – but when it does get past an initial search, it is super convenient to use. The application of the APEK may be a bit of a niche, but we regularly do somewhat unconventional training at work, so that I actually find myself using the APEK with some regularity.