The H&H Mini Compression Bandage is a small, pocketable emergency dressing. It consists of an elastic strap 32” in length, with a plastic hook on one end that will be familiar to anyone who has used an Israeli Bandage, and a strip of hook material on the other end. The end of the bandage with the hook material features a 4” x 5.75” absorbent gauze pad. To apply the bandage, the gauze is placed over the wound, and the elastic is wrapped around the limb. The hook material secures the initial wrap. The final wrap is secured via the plastic hook, just like on an Israeli. Unlike an Israeli or OLAES Bandage, the bandage features no device to aid in applying pressure to the wound, except for the tight wraps of the elastic material. 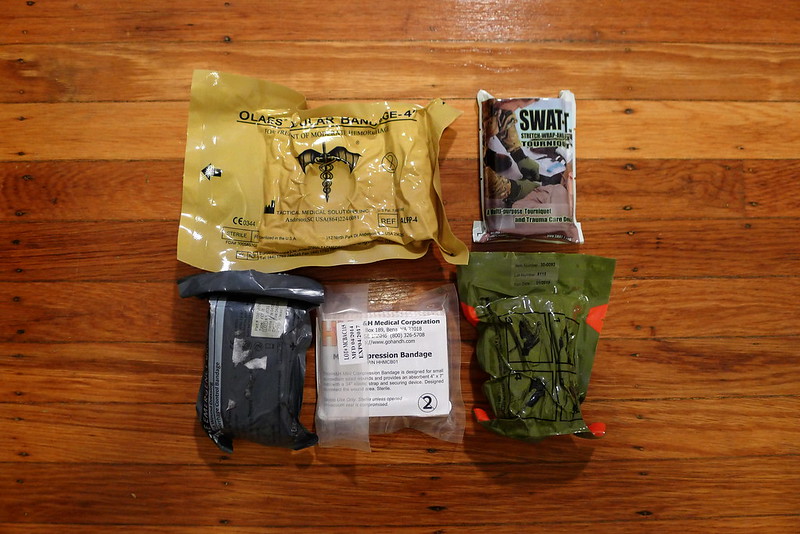 To achieve this small size it sacrifices a bulky absorbent pad and any form of mechanical pressure – both of which I’m willing to give up for something I can have in my pocket. But it also sacrifices length. At 32” long it is significantly shorter than the Israeli (84”), OLAES (42”), or NAR ETD (55”). This means you’ll get less wraps around a limb with the H&H Mini. Less wraps, particularly on a larger limb, may compromise the functionality of the bandage, since the H&H Mini is dependent on wraps to apply pressure and make up for its thin absorbent dressing. On the thigh of a smaller person like myself, I don’t think it will be an issue, but on a large person it will likely be a problem.

I’ll continue to always carry an OLAES or Israeli Bandage in whatever bag I have with me, but I’m happy to have found an occasional supplement in the H&H Mini. When going to a venue where I cannot carry a bag, or do not want to, I’ve found that I can easily slip the H&H Mini into a back pocket and not be bothered by it. This gives me some limited capabilities, which is better than leaving my full kit behind and having nothing. Supplementing the bandage with z-folded QuickClot Combat Gauze and a small tourniquet (like a SWAT-T or one of its competitors) makes for a very compact kit that can be slid into a pocket or two and, with training, ensure some measure of life-saving capability. 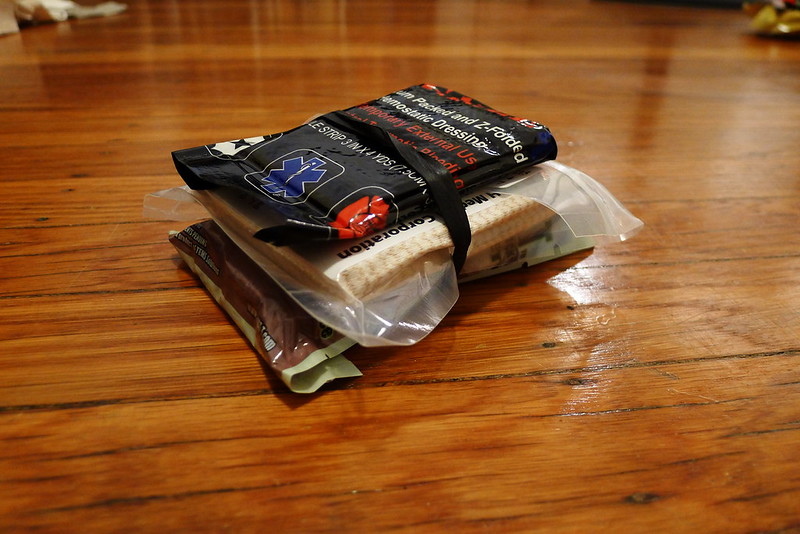