My ThinkPad X260 is entering its sixth year of service. Last year I preemptively replaced the SSD. A few months later I replaced the keyboard after noticing that the space bar would sometimes fail to register. I’ve had no other problems with the machine.

Last month I bought a used-but-basically new ThinkPad X270 for a ridiculously low price on eBay. The X270 was released in 2017, a year after the X260. Both models are basically identical but for the addition of a USB-C port on the X270. The presence or absence of USB-C has no practical impact on my life today, but it seems like a thing that I may grow to appreciate in the future.1

My plan for the X270 is to put it in storage with my old ThinkPad T430s. I’m excited to have a backup machine that is almost identical to my daily driver. If the X260 ever develops a problem, I can pop the SSD out of it, move it to the X270, and continue on with my life. While the T430s is still a great machine that is perfectly capable of doing everything I need a computer to do, switching back to it would be much more disruptive due to its different form factor and power setup. The T430s is now a backup to my backup.

The X260 and X270 both represent Peak Laptop to me. Not because I can’t imagine ways to make them better, but because, since their release, no laptop manufacturer (including Lenovo) seems to have been able to release anything as good, much less better. These machines are everything I need a laptop to be, and I’ve yet to feel limited by their performance. While the X260 shows no signs of its age, I’m happy to have the X270 staged for transition if it ever becomes necessary. Perhaps in another five or ten years the industry will have figured out how to improve on these machines and I’ll feel a desire to upgrade. Until then I’m done buying new laptops. 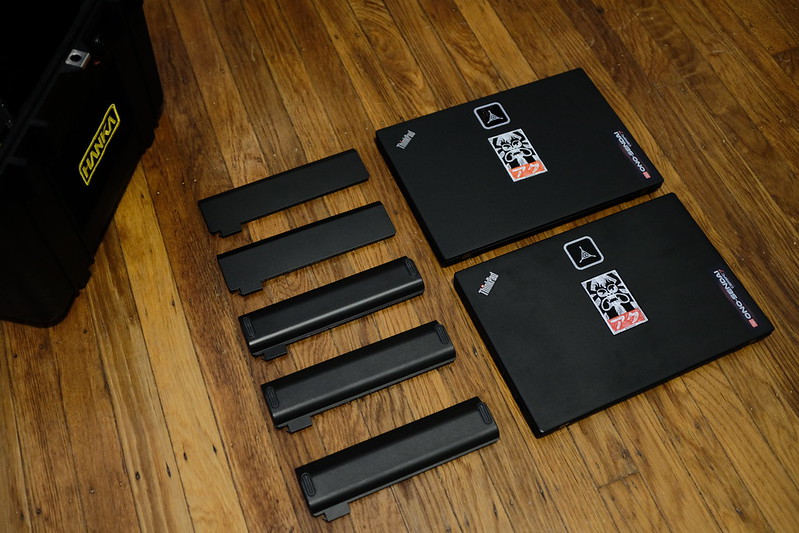 The X270 came with two 6-cell batteries. Combined with my existing batteries, I believe my collection is now complete. The original battery from 2016 is still healthy, which I think can be largely attributed to TLP’s battery charge thresholds.