I like food. I don’t do diets. I cast a wary eye upon fasting. I don’t subscribe to the idea of “cleansing” the body of “toxins”. Despite all of this, the drink that is central to the Master Cleanse fast is part of my fueling strategy. I learned of the Master Cleanse while attending The Sean Kennedy School of Patrolling and I now use it as an electrolyte drink when my body tells me I am running low. 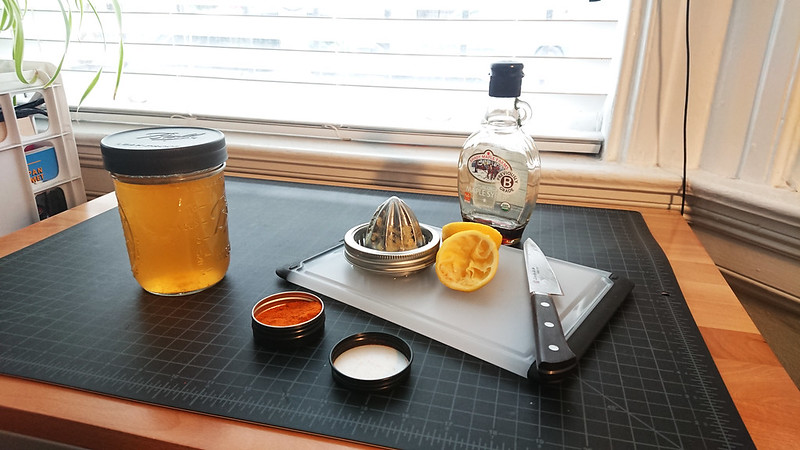 The components of a single serving of Go Juice are:

I juice the lemon into a wide mouth pint sized mason jar using a Jarware Stainless Steel Juicer Lid. If I have a small lemon I’ll juice the whole thing. If I have a medium sized lemon I’ll juice half. Either way, the amount of juice is confirmed via the gradations on the side of the mason jar. Next, using the gradations, I pour in an equal amount of maple syrup. The rest of the jar is then filled with water. I add a very small amount of capsicum – enough to get a small kick, not enough so I really taste it. Finally I toss on a leak-proof lid and shake it around for a few seconds.

The result is delicious and the effect immediate. I cannot imagine that anything good would come of trying to fuel the body on maple syrup and lemon juice alone, but as an occasional, supplementary kick it is a tool worth considering.