Last October I bought an Elecom HUGE trackball for use at home. I liked it enough that a month later I bought a second one to replace my CST LaserTRAC at work. Elecom is a Japanese company which has a reputation for making nice trackballs that tend to be a little too small for typical Western-sized hands. The HUGE is their answer to that. It’s a well-sized trackball with a smooth operation and a nice selection of buttons, all of which are supported by the Linux kernel.

The HUGE can be made even more comfortable by tilting it. This elevates the ball, leaves the wrist in a slightly more natural position, and also helps to address the position of the scroll wheel, which is otherwise slightly too far back. Some people have printed stands to hold the trackball at an angle. About a month ago I saw someone tilt the HUGE using aluminum keyboard feet. I thought that looked like a great idea and easier than trying to get something printed, so I went to AliExpress and ordered a pair of black feet from one seller and a pair of red feet from another.

When the feet arrived I attached them with hook and loop squares so that I could expriment with different positions and take them off if I didn’t like them. The position that I’ve settled on provides a comfortable angle, and the trackball still remains stable during use. I think it’s a great improvement. If you own a HUGE, it’s worth picking up a couple feet to elevate your ball. 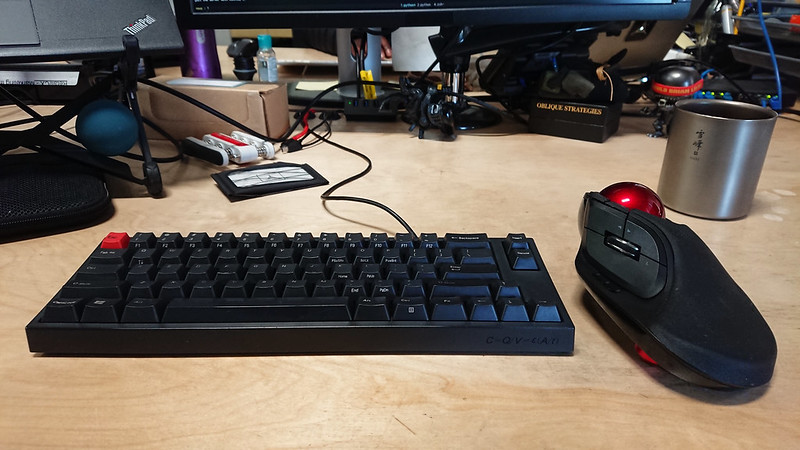