I learned about Flighradar24 last year. They offer a live flight radar, using data provided by ADS-B on top of Google Maps.

Immediately after the San Bernadino shooting in December, a Cessna 182 with the registration number N404KR flew circles around the area for hours. This plane is registered to OBR Leasing, which is one of the shell companies the FBI uses for surveillance. The ability to observe these types of flights is interesting, and sometimes useful.

The airspace above San Francisco is usually fairly dead. From what I’ve seen, most commercial jets heading in and out of SFO or OAK avoid flying directly over the city. This week I’ve been watching the radar more frequently than usual. With the Super Bowl in town, I assumed there would be more interesting traffic. I use the radar to look for suspicious flights, which to me means smaller craft with circular paths. 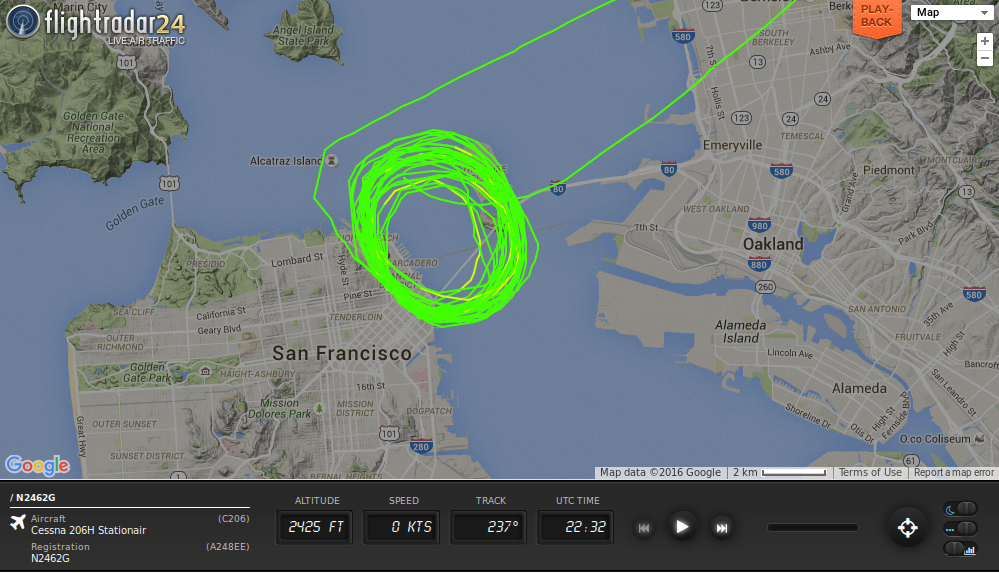 N2462G has what must be a mind-numbingly boring job. Every day, the Cessna 206 takes off from the Concord area (possibly Buchanan) and flies circles around the Embarcadero and Treasure Island. The aircraft is registered to an aerial sports broadcasting company, so I assume they’re just shooting footage of Super Bowl City.

More interesting are the government flights. Today during lunch I watched N6241L. The Beech Super King took off from Mountain View, flew up the coast, and made circles around the Golden Gate. A quick search showed this to be registered to the Department of Homeland Security. The radar isn’t limited to fixed wing craft. N3933A, a Eurocopter Squirrel also registered to DHS, was flying down the coast at about the same time. 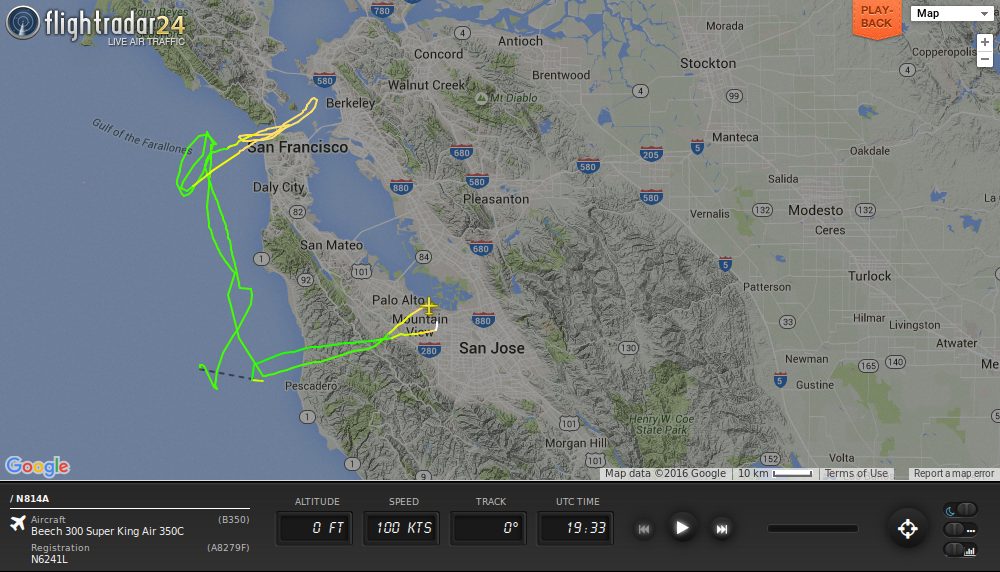 There are of course flights that don’t show up on the radar, but the service provides an idea of what’s going on in the sky. I think the Android application is a good buy. Combined with a police scanner, you can begin to turn a smartphone into a mobile intelligence gathering toolkit. It is useful for locating excitement, whether you’re trying to avoid it, get into it, or just be aware of it.